With it’s parnership with the city of Villeneuve la Garenne, « Compagnie Tontonballons » organises every year since 2014 an international balloon festival dedicated to balloon art. During this week, people from a dozen of countries meet for an event including classes, competition, and creation of HUGE balloons sculptures !

The festival ends with a giant street parade with 30 000 to 40 000 balloons which fits in the program of « City Party » of Villeneuve la Garenne. 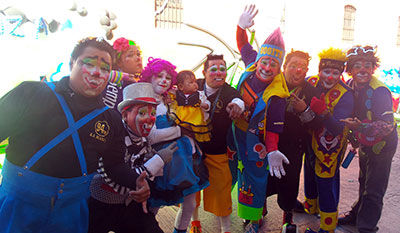