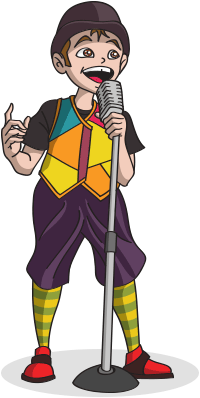 After a funny academic career (its professors still remember it!), Benoit "Tontonballons" DESCHAMPS integrates the university in history department, combining small jobs in animation, accompaniment of dependent people, High quality hotel. He began attending the circus school of the Noctambules of Nanterre. Juggling and mime are his favorite disciplines. Thanks to his professor Michel Novak, he began a series of experience in street performances with a "fire-breathing, flaming juggler" performance. The show "Jungle Fire" was born, it will turn almost 10 years in festivals, ski resorts, animations of streets, etc

In 1998, he became a professional performer, and during his first and only appointment at the employment agency, he was more or less forced to accept a casting for which he would be retained! He became a fire-eater / juggler in the Opera Der Freichutz Karl Maria Von Weber, directed by Francisco Negrin. Thus, the young artist is promoted to the rank of international artist, putting for 3 years his talent at the service of a universe that he discovers and which will influence him greatly thereafter. 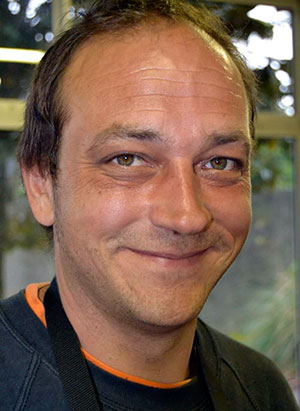 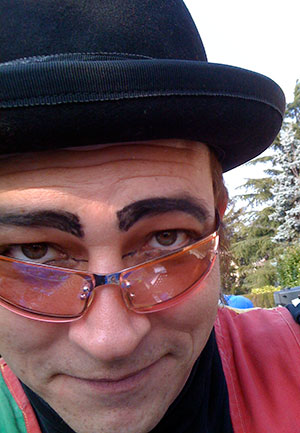 He set up a first troupe, Compagnie du Pré Vert, with which he created his first shows and organized festivals :
> Festivals, street entertainment festival, Vallon Pont d'Arc, Ardèche 2001
> Childhood Festival, Pont Evêque, Isère, 2003
With this first experience, he set up the company Tontonballons, in turn managed by various productions, and which is now devoted to the creation of "balloon" shows.

In 2008, for his 10 years of career, he creates a first version 10000 balls(balloons) with the MJC (YOUTH ASSOCIATION) of Neuville on the Saône (69) and performs with his troop on bigger and bigger scenes.
In 2012, he creates the Balloonapark event, a festival of balloon twisting which takes place every year to Villeneuve la Garenne, in partnership with the City. This festival welcomes about forty balloons artists.
Balloon Clases, competitions, performances, parades.... every year the team of crazy balloon artists realize gigantic balloons sculptures for the big parade of the City of Villeneuve La Garenne. Since 2017, the festival occurs 1 time a year in the Guatemala , other similar projects are planned in other countries.

In 2017, Tontonballons integrates a Zénith tour for 4 years, as part of Christmas shows, with his team and his balloons. Leader of the show "Santa Claus in the Land of Oz", he will perform in front of 150 000 people in 4 years. That year, he also participated in the Summer Festival of Al Khobar, Saudi Arabia, with the 20 000 balloons version , which will open doors for other shows Middle East (Jubail, Ryiadh ...) up to 30 000 balloons version

In 2018, Tontonballons performs in China for a series of performances in Hangzhou and Shanghai, and will also be on tour in Mexico for a tour as part of French Alliances. However, he still works in France, especially in Ardèche, where he has been living for more than 20 years. 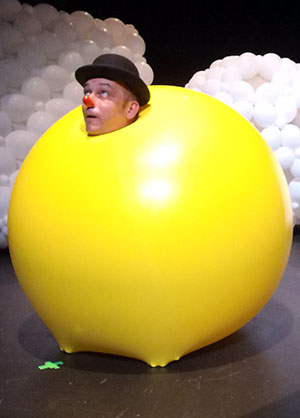