« Tontonballons et les Zaventures du petit roi » show has been created in Ardèche. In 1998, Benedict, fire-eater met "Kiwi" & "Snoopy" from "les ballapapas" circus troupe and was to become Unlceballoons. As street artists a bunch of balloons came out... first tricks, first balloons... the dawn of a new era ! 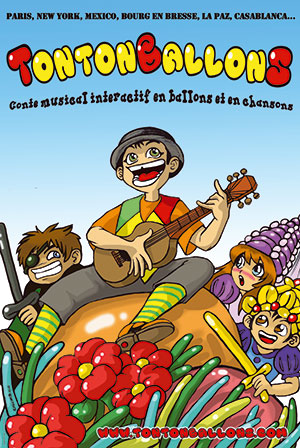 The year after, Benedict met Yves "Papou" Planard, bassist and due rocker. Playing music together, they started to work on some pieces of music, and to create a balloons and music based show dedicated to children.

Pontoise, 2001, the show was planned twice for a tremendous audience, and the young artists felt strained for the first of the two planned shows. Everything went well and the tiny crew went brave of heart for the second performance.

The show was awesome, and closing the artists' introduction to the public, Benedict presented himself as "votre aimable serviteur, "Unlceballoons", a legend was born... The show went on for years, musicians succeeded one another over the years, and in 2008, Unlceballoons passed a balloons sculpture training scheme. Then working on set pieces, events, festivals and so on... Every year Uncleballoons improves his show, growing technics, adding sculptures and special effects to his unprecedented show. A true balloons sculpture show. 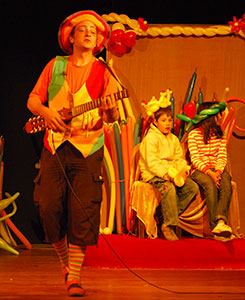 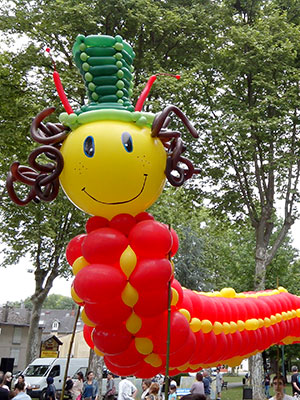 In 2013, « Compagnie Tontonballons creates an international balloon festival : i twill held now every year in the city of Villeneuve la Garenne, for the « City Party ». Uncleballoons is the artistic director and invites every year balloons artists from his professional network for 1 week with conferences, clases and worksho practice. The festival ends with a big balloon parade with 30 000 to 40 000 balloons in the streets

In 2016, Uncleballoons presents his new show in City Centre Summer Festival : Balloon Balloon show is a succes with more than 320 000 views on Facebook

In 2017, « Compagnie Tontonballons » is contracted for 4 years in december for a Christmas tour in Zeniths halls. The same year, « Compagnie Tontonballons firms an agreement to present it’s shows in Saudi Arabia « The Queen Story » and a « Balloon Cabaret »
Uncleballoons show is definitively the biggest balloon show in the world, the « compagnie » wrote a new page of it’s history

In 2017, Balloonapark Festival took place in Guatemala City with 6 europeans artists, the second edition tok place during the winter 2018

In 2018, various projects are booked or under confirmation : China, Mexico, Koweit… 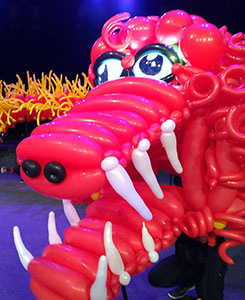