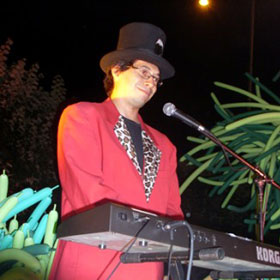 Pianist Fox has been accompanying Unlceballoons for nearly ten years. Performing in duo, he uses a "Loop station" which plays the bass and the drums, and the talented singer he is also sings several songs of the show. He leads the orchestra, and particularly the chorus in which every musician takes place. The voices work adds a special tone to each piece of music performed in its own style - rock, blues, reggae, ballade.
Unlceballoons and Fox had lived incredible things together, especially while touring in Mexico. This complicity can be felt on stage as the marvelously complete each other. 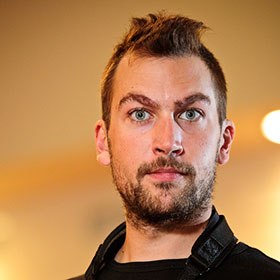 Saxophonist Thomas Stioui is first of all a balkan music fan. He took part in several street shows, and further to his meeting with Unlceballoons, he joined the troupe in 2008. The saxophone then fits in every songs, adding an original touch to the very musical genres gone throught. He also handles small percussions and takes part in the chorus with his smooth and rounded voice. 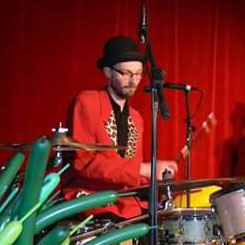 David is a percussionist drummer whose groove and sense of rhythm stimulate other musicians. Performing discreetly, he takes on music and sound effects with subtlety setting the well-handled show's tone along. Sometimes taking part at the chorus, his voice harmonically suits those of the other musicians. 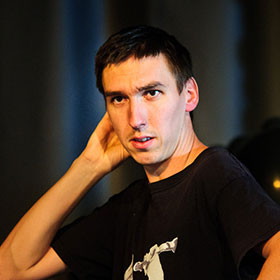 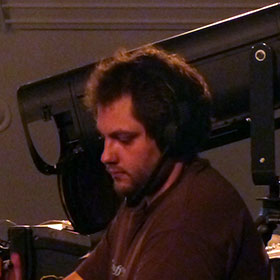 Baptist is the show's lighting engineer. Just like Florent, he started as a trainee with Uncleballoons. Year after year, he refined the show's lights and most of all, he learned how to adapt to the tremendous variety of auditoriums met, maximising the equipment in place. Always above the stage, he also brings a valuable external look to the troupe. 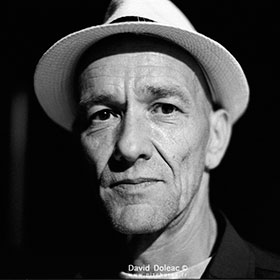 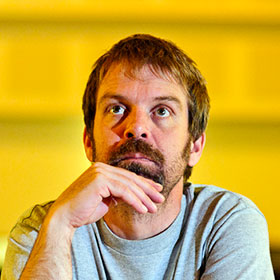 Yvan l'impossible is one the best street artists of the 2000s, he had an incredible career as a juggler.
Yvan and Uncleballoons met in 2001 in street festivals where they worked on the writing, staging, and gags. During more than 15 years, Yvan took part in every projects and naturally fits in the troupe as stage designer and stands as a "permanent external look" . 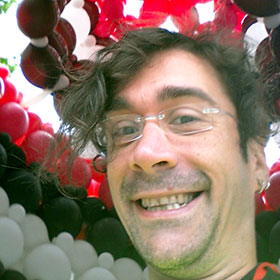 Nenad is a Serbian balloons sculptor internationnally renowned and is in charge of the balloons' set. He assists Uncleballoons in his working groups, during parades and on tour. Responsible for the balloons' set achievement and repairs, he also handles GIGANTIC animals, and special effects.